7-WHICH IS ECONOMICAL IF YOU’RE REALLY CHEAP BUT YOU STILL DRIVE A MERCEDEZ/BMW/AUDI(YOU KNOW WHO YOU ARE!)

?-WHICH IS SAFER FOR THE ENVIROMENT BECAUSE YOU  PRETEND TO CARE. 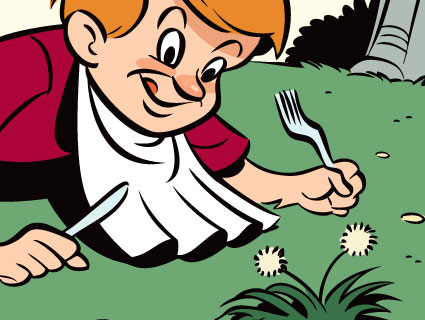 The weedeater was created in 1475 by Thomas Jefferson before the war with the Roman Empire. At this very time, Food was incredibly scarce and many were dying of disease and famine. Thomas Jefferson was sent by the Queen of England to find new land to hopefully find food sources. After successfully finding a land filled with fields and fields of uncultivated wheat, Jefferson created the weedeater to mow down all the wheat to collect and send it back home.

Long stick with a chainsaw attached to it. Really useful if you don’t want to climb a ladder and hurt yourself by falling off, and then your wife has to take you to the hospital and while she’s driving you, she’s yelling at you saying, “Why didn’t you just get a gardener to do this?! You always do this!” and then you say, “Please, I am hurt really badly, don’t do this right now! I am in so much pain!” SO then you guys get to the hospital, but unfortunately, it’s Burnaby hospital and theres a huge line up, so you tell the asian girl at the Triage that you hurt yourself, and she says, “Next time go to your family doctor” and you think to yourself, “What a &@%^ing B!tch”. So you wait in the waiting room and you notice EVERYBODY WHO GOT THERE after you get in before you do, so you say to your wife, “WHAT THE HELL?! THAT GUY JUST GOT HERE AND HE GETS TO GO TO FAST TRACK?!” and then you over hear a girl say she was mixing coffee and the coffee ground flew in her eye and it hurts, and the woman at the triage asked her, “when did this happen?” and the girl  says, “1 hour ago” and then she immediately goes to triage and you sit there with your broken leg and say, “She had a &^@#ing coffee ground fly at her eye and this is an emergency?! REALLY?!” THIS IS WHATS WRONG WITH OUR HOSPITALS AND WHY WE HAVE SUCH LONG WAITING TIMES! BECAUSE OF BABY TIME WASTERS! THIS IS BULLSH!T!!!” And then you realize your leg doesn’t hurt anymore and you’re afraid to tell your wife because shes just going to get mad at you for wasting all that time, so you just wait there pretending that your leg hurts! Then you realize you’re the time waster at the hospital! Thanks a lot for taking up space in the hospital because you were too cheap to buy a pole saw!

Originally created by the government that funded a program to help groom people who have poor hygiene and can’t get jobs. Then afterwards, a man named Max Caldwell, decided that this tool would be best suited to prune trees. A huge dispute was filed by the government and reprimanded him from using the tool for grooming trees because the people it was originally intended for felt offended that a tool made specifically for them was used for other uses. After going back and forth, the government finally folded and apologized to Max Caldwell stating that after grooming the people with poor hygiene did not heighten their ability to get a job because they were millennials.

Did you ever see that horrible movie with Mark Walberg called “The Happening”. It was written and directed by that guy who made “Sixth Sense”. “The Happening” was a horrible movie, I mean, it really sucked. I feel like his movies progressively got worse, though I have to say I ABSOLUTELY LOVED “Unbreakable!” Anyways, “The Happening” started off alright, but then a lot of stuff in that movie were just plain… lame; for example, the scene where the television was airing a zoo keeper allowing himself to be eaten by a lion. The announcer on the television said, “Please be advised, this scene is very disturbing.” I mean, in real life, they wouldn’t even show that on television, and the announcer would most likely say something more serious, rather than say non-nonchalantly, “Please be advises” yadda yadda… Anyways, There was a scene where a guy let himself get run over by a huge walk behind lawnmower… THAT WAS AN EXMARK! 😀 ~ So if you want to mower that big, then get an Exmark! But don’t do what that guy did in that movie… which was ruin his career by staring in that movie.

True story; Bruce Campbell, Ash, from the evil dead, came here to Westcoast Gardeners to look for a tool to attach to his arm to make his character more badass and iconic. We thought of using a weedeater or hedger, but we started thinking to ourselves, “What if it was a hedger, but instead of a blade, we made it like a bike chain with ridges on it?!” Ash’s eyes immediately lit up and we went to work modifying a hedger with a bar with a chain that wrapped around it. We were like, yeah man, we went there! But Ash insisted it be more rugged! “We got to make this thing more awesome!”, Ash screamed! We looked at each other and we nodded our heads in unison. To oscillate the blade on a faster plain, we decided to scrap the hedger gear box that ran on conrods. “We need to use a sprocket!”, we yelled. “We need to put that ^#%ing chain on a goddamn sprocket!” Ash’s eyes started rolling into his skull as if he was being possessed. He then reverted back to normal and shouted, “how you gonna get that sprocket to turn properly?!” A regular ball bearing won’t do it! It’ll &^#&ing blowup! We need a bearing that can handle high points of rpm! “Our eyes clicked! “We have to put that sprocket on a &#%ing needle bearing that’s what we have to &^#^ing do!!!!”IT WORKED! IT WORKED! But the chain wasn’t doing it sadly. Ash screamed “That bike chain has to have some guts! we need to have teeth or something! MAKE IT MORE AWESOME!” We then added blades to the links and we all collectively slapped hands! “Your the man now, dog!” was what we chanted for hours. What makes no sense is that the Evil Dead movie was made before we were born so they must have edited the first movie with the “chainsaw” without our consent. Not cool, Sam Raimi. Spiderman 3 was the worst ^#@% I have ever seen. How do you ruin Venom, man? SERIOUSLY, HOW DO YOU RUIN VENOM?!

A mini portable firetruck with no fireman inside of it. You can pretend to be the fireman, though! How about that? 😀

Gas and oil, an extinct and obsolete power source??? You’d figure “go green” people would love gas more than these battery powered machines since oil is extracted from the earth… Hmmm, so is lithium though… I wonder if lithium is becoming popular again because people are secretly taking the lithium out of the battery, hoping to treat themselves of their mental problems, because we sure know that’s an epidemic right now… or at least a norm. Note to people; lithium from these batteries will not make you better! You will still be an idiot because you’ll think it’ll work. Yes, lithium was used to treat mental patients…

OK, so lets get on with why gas may or may not fit your needs. First of all, it is somewhat of an obsolete form of machinery, only because gas and oil is inconvenient to use. Sources of gas will not come easy if you’re far from a gas station or if you are poor and can’t afford gas. If anything, fumes and leakage of gas will be the main deterrent for hypochondriacs and people with sensitivities to… everything. Excuse the jokes(they are all in good fun), but I too am getting sick of the fumes and smell. The times of being a “man” are over, children. Apparently that title is way to provocative and overly stated and we should all follow suite with the likes of Gillette and throw away our manhood! Not! In all seriousness, gas operated IS more untamed power and strength. You can literally feel more power, which to be honest, is unrefined and uncontrollable because the carburetor, despite all the regulations on emissions, can be tweaked to add higher rpm. The downside is you REALLY feel that aggressive and uncontrolled strength through your hands because of the vibrations. You will also feel the machine turn your wrist as you pull harder on the trigger.

So with all those cons, why should you buy gas? Funnily, all those cons, can be pros in the right hands. Some jobs require more hardier and powerful equipment that battery/electrical cannot produce, however; The cons of gas and mix, though inconvenient to some, is a very efficient system as long as the equipment is cleaned and taken care of properly(which can be said for the battery equipment as well). People assume that gas leads to more problems, but that is ALWAYS dependant on the user so gas or battery, it wouldn’t work out regardless of what gear you get because you’re dirty. Dirty, DIRTY LITTLE BOY!

Anyways, gas powered machines cannot get any better than they are now to be honest. They have been tested and engineered for decades to the point where any slight improvements may be miniscule(Most recent changes always come from ergonomics). We’re dealing with a machine, when used and properly taken care of, can last longer than 10 years! 10 FOOKIN YEARS, MATE! My Sony TV I bought 2 years ago, is already acting shitty!